Turin, 1706. The town is invaded by the French army of Luis XIV. The Piedmont’s troops and the Austrian allied troops are in trouble. The Duke Vittorio Amedeo II and the Prince Eugenio of Savoia-Soisson, leaders of the local army, climb the top of the Superga’s hill in order to observe from an elevated point of view the battlefield.

In a small church, located on the top of the hill, the Duke kneeled in front of a Virgin Mary’s wooden sculpture and made a vow: in case of victory he would have built a bigger church in honor of the Virgin. After an hard battle the enemy army was defeated and the town was free. Vittorio Amedeo kept his vow, assigning the construction of the Sanctuary to Court’s Architect Filippo Juvarra. The preexisting church was demolished and the hill was lowed of approximately forty meters in order to built the complex.

In 1717 the Sanctuary’s first stone was putted down and the inauguration has been fourteen years later, in 1731.

The Basilica of Superga has been built by will of Duke Vittorio Amedeo II, because of a vow he made to the “Madonna delle Grazie” in 1706, when the city of Turin was putted under siege by the French-Spanish army. The project of the Basilica is by Filippo Juvarra, architect born in Messina who worked for the Savoia House.

The baroque complex, inaugurated in 1731, is 75 meters tall, 51 meters long, and is located at 672 meters above sea level. The interior is enriched by six chapels, four altars and a Main Altar, decorated with sculptures and monuments in Carrara marble. Particularly interesting are the numerous altar’s paintings and the dome, inspired to the roman works by Francesco Borromini. In the Vow Chapel, inside the Basilica, is kept the wooden sculpture of the “Madonna delle Grazie”, in front of which Vittorio Amedeo II kneeled and asked for the grace to defeat the French army.

From 1965 to 2021 the cult of the Basilica was managed by t the Servants of Mary’s Religious Order.
From 2 August 2021 the management of the Basilica has been entrusted to the SERMIG Fraternity of Hope, which takes care of the celebrations and lives in the complex. 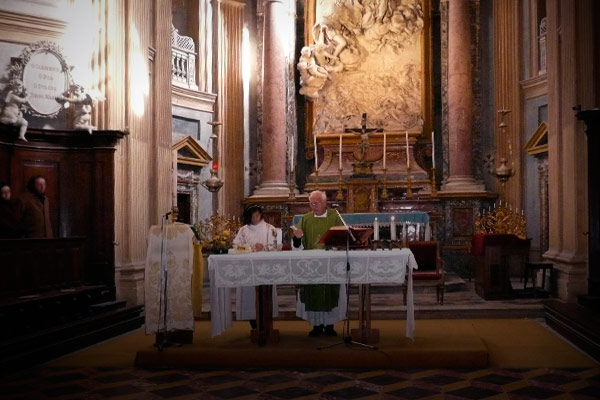 Want to celebrate a Mass?

The Basilica (church) is not accessible to people with physical disabilities (in wheelchairs). For specifications contact the ticket office.
Animals are not allowed to enter.

A guided tour of 45 minutes to discover the most secret and suggestive of Superga...

A guided tour through the magnificence of the furnishings and the historical events of the House of Savoy...

131 steps to observe one of the most exciting views on the Alps ...